The work and aims of TransLeeds

Oliver, the director of TransLeeds, talks about supporting the trans community and living in Wakefield.

Photo of Oliver on Stories page taken by Alli McCartney.

RH: This is Ross Horsley recording for the West Yorkshire Queer Stories project on the 30th March 2019. I'm here at Trans Pride at Leeds City Museum today, and I'm with Oliver. Would you like to introduce yourself?

OT: Hi, yeah, I'm Oliver, I use he/him pronouns. I'm a transgender man and I'm also gay. I'm, daresay, I’m 26. I'm here today because I am Director of TransLeeds, I've been with TransLeeds since we were founded and constitutionalised a couple of years ago. The first AGM, it was very basic and we aligned certain things, we've had another AGM since then, things have moved on and then I got nominated for being Director, and I've been doing that so it's, yeah.

RH: Can you tell us a little bit about some of the work that you do with TransLeeds and what the organisation wants to achieve?

OT: The organisation is designed to support people who are transgender people and non-binary people who are over 18, and we run regular support groups. We have two a month, and then every other month we alternate and do a women's-specific group and then a men's-specific group. I run the men's group, we've just had one this Monday, we tend to do more social events in the men's group because when I tried running more of a support setting it was not very well attended. So I found more people are interested when it's in more of a social setting so we normally do that at Flamingo's, which is a LGBT friendly cafe here in Leeds that's not long since opened. So that's been pretty good. So yeah, try and run some groups and keep an eye on social media and things like that.

RH: How big is the group?

OT: Oh it's grown a lot in the last year or two. The mixed groups tend to be quite well-attended with usually between 10 and 15 people attending each group. We also have, one of the groups we run at Yorkshire MESMAC and we have a trans-only sexual health testing at the same time to try and put people’s minds at ease because sometimes it’s a bit of a difficult thing for trans people to talk about when it comes to sexual health so we try and provide as much support around that as we can. Yeah it's just basically, a lot of trans people need support through their transitions and it’s quite difficult for the first couple of years. For the first part of my transition, I didn't have any trans support groups and when I found out about TransLeeds it was very – it wasn't an official organisation that just kind of started when I started going. So I'd kind of passed the point of needing the support but I wanted to then be able to try and support other people instead.

RH: So this must lead into some of the counselling work that you've been aiming towards in training, can you tell us a little bit about that?

OT: Well about six or seven years ago I did the Level 2 in Counselling, which was a 10 week course. At the time I wanted to go on and do the Level 3 which I'm doing now, but I was due to have surgery after the first one finished and I had a lot of stuff going on in my life. And then last year I just kind of thought that when I eventually qualify as a counsellor I do really want to put in and help the trans community because from personal experience and from hearing other people's stories some counsellors aren't always aware and can empathise with trans people as much. So it would be… obviously counselling is very involved with empathy and you've got to be very empathetic and I think sometimes if you've been through that experience it's easier to empathise with other people that've got similar stories.

RH: As well as that, are there any other barriers that trans people face when they're accessing services like counselling?

OT: Yeah, I think they find it difficult to maybe open up to somebody, like say if they know they don't know what the journey's like, they might struggle with opening up and talking really how they feel about certain things without being judged.

OT: One of our support groups is the same one that does the one where we have the testing, we have a counsellor from Forward Leeds, which is a drug and alcohol service, so we have a counsellor from there, but they mainly just deal with drug and alcohol problems. Natasha, our co-ordinator, has put together a good training service for organisations to try and make them more aware of trans people and things like that, so getting them out there. She's been doing it with the ambulance service, and she's written a guide for GPs to help them understand a bit more as well.

RH: I notice that the ambulance services are here today, what sort of work have they been doing, do you know?

RH: Can I ask you a little bit about your background and where you grew up?

OT: I grew up – I was born in Airedale Hospital in Keighley in 1992. I lived in Otley and there's a hospital there now, but back then there wasn't, so I was born outside there, but I grew up in Otley. My dad is half-Pakistani and my mum is from Yorkshire. She’s never lived out of Yorkshire, she grew up in Huddersfield. And I have a younger brother that was born two years after me. So yeah, and we grew up as a family in Otley and then I moved to Wakefield when my parents divorced when I was 16. Yeah, so it’s been a, yeah, that’s about it.

RH: Do you have any plans for the future?

OT: Just with my counselling, really. It’s a long journey, I’ve got another course to do. This one finishes in summer and then to qualify I have to then do the Level 4 which is a two-year long course and then I can start practising after that. So that’s what I’m focusing on at the moment.

RH: What sort of messages would you like to get out to people as part of the work you do with Trans Pride?

OT: Just that it’s okay to be who you are, and especially at this moment in time as trans people are becoming more focused in the media with the levels of positivity rising you also have the negativity rising at the same time. And with Trans Pride I just wanted to show other trans people that it’s okay to be who you are, regardless of the growing negativity as well, you can be yourself and there are people out there who will support you and will love you. There’s people out there fighting against the negativity for you and for us and that’s the kind of message I want to get out there, that it’s for the trans people and we’re there for them.

OT: Well, I work in Wakefield and I live in Wakefield, I’m not actually ‘out’ at my work so that’s a bit of an interesting one. I tend to come to Leeds to do the trans things because there’s less of a chance of running into people from work and things like that. But yeah, I’ve been in my job now for six or seven years and it just was, at the time I just thought, well, it’d be nice to have a place where people don’t know my story, and they just see me for face value and for who I am. So I kind of like living a bit out of the way so that I can kind of separate my life a little bit, and it’s a bit easier.

RH: Is there any advice that you’d like to give to people who’ve also felt in that situation in their lives?

OT: Just that it’s, there’s no pressure to disclose who you are to anybody. It’s your identity, if you want to you can choose who you disclose to and you should never take pressure from anybody else to come out. It’s your journey and nobody else’s and it’s your decision ultimately.

RH: Are you going to take part in the Trans Pride march tomorrow?

OT: I am, yes. I think I’m at the point now where I will publically do these things for Trans Pride and TransLeeds, and if people find out about it and they don’t know then I’m just going to go with it, but I’m not going to actively out myself so I don’t mind publically doing things because the chances are, I think, that even if people do find out they’re probably not even going to approach me about it anyways so [laughs].

RH: That’s brilliant, thank you very much for taking the time to talk to us today. Is there anything else that you want us to talk about?

OT: No, is there anything else you want to know?

RH: No. Thank you very much for taking part. 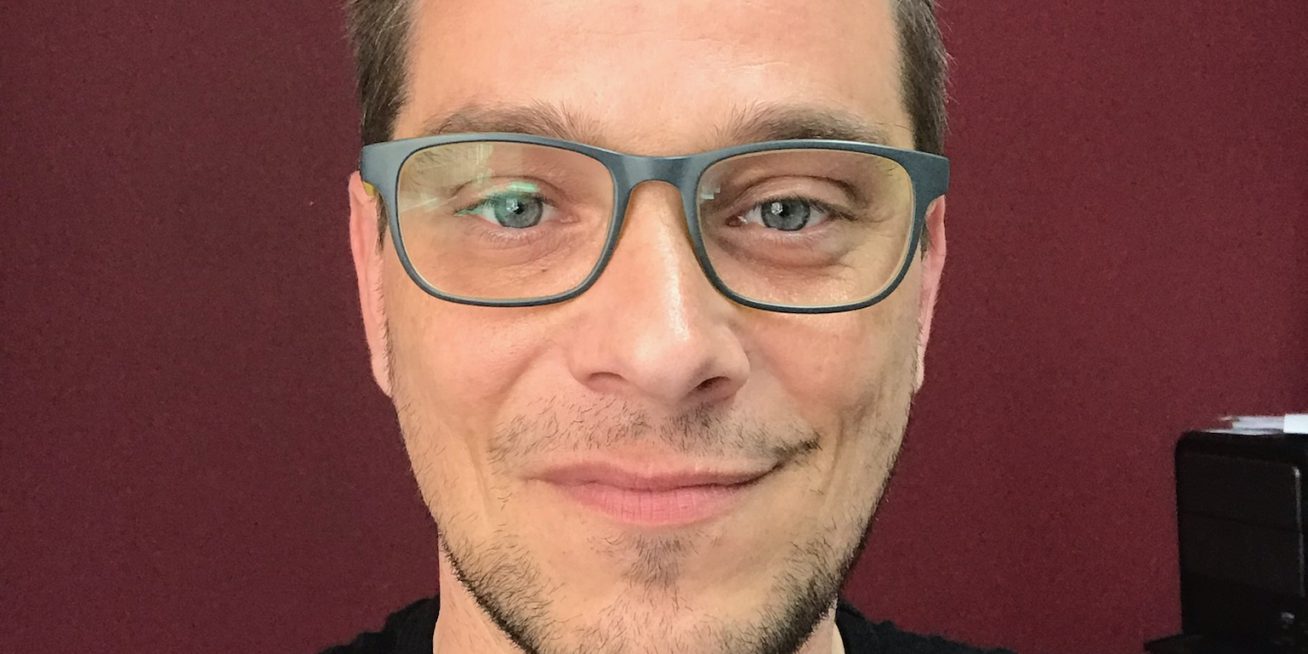