'A chance to dream'

Kuchu Pride reflects on a relationship that has helped her find healing, and the feeling that she now has a future after a traumatic past.

KUCHU PRIDE: It’s different because now you have a chance to dream, you can see a future happening. And, yeah, I hope to marry my girlfriend. And making plans: we’re going to have a baby soon, so there is – I think like becomes different that way because then you can dare to dream, and hope for something, and it’s within reach.

INTERVIEWER: Why is that place the special place?

KUCHU PRIDE: Why is it special? I think it’s special, for me especially it’s the fact that I can literally get married to somebody I love, because I am religious, I’m in a church; I think it’s something that means something to us. It means, I think it’s a round circle, we come full circle to acceptance and embracing who we are, and they’re just parts of us. I think that is the bit we usually leave behind, with the hatred, and that would be something, beautiful. And I think when she was here last I took her there, like, ‘that is the church I want us to get married in’.

INTERVIEWER: What did she make of it?

INTERVIEWER: So, does she travel from another part of the country to see you?

INTERVIEWER: How long have you been going out?

KUCHU PRIDE: Since December. Since December – she’s from my country… And I think the first time I knew I wanted to really date her – she was beautiful, she’s one of those people who really captivates you and you’re like ‘mm-mm, you are from my country’. She reminds me a lot of trauma, but with her I think I found healing… because it’s the ability of working and hearing somebody speak your language anyway, it is okay, and you don’t have to panic and, yeah… I think she’s brought me some serious healing… I love her. I would never date somebody from my country before – before everybody’s far away because I was busy running away from my past.
Go to the full story
2000s 2010s African Rainbow Family Family Leeds Lesbian Religion Seeking asylum 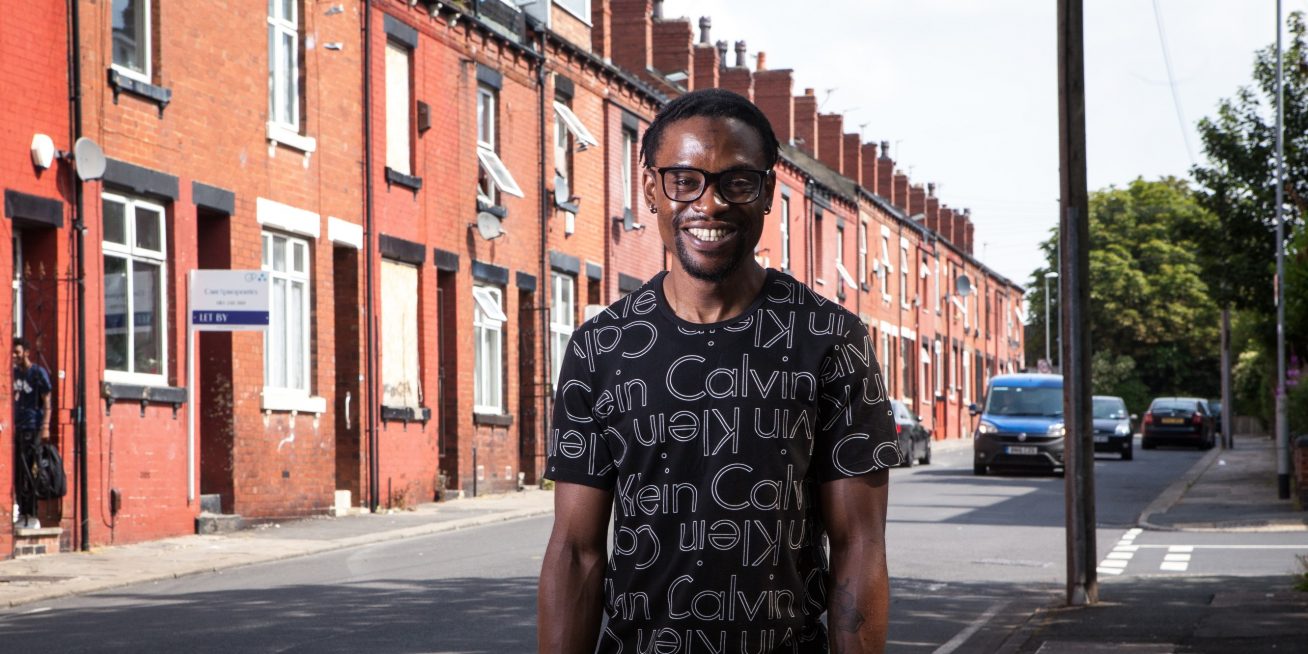