A 'Friend' in Leeds and Bradford

Eric recalls helping out on the befriending and counselling phone service 'Friend', set up by the Campaign for Homosexual Equality (CHE) in the 1970s.

Because one thing that CHE did in the 1970s was to set up a befriending arm and call it 'Friend' because it was obvious that so many people were ringing up CHE with problems they find - found - with being attracted to people of the same sex. And all the worry and concern it was causing them. And so they set up a counselling service called Friend. And I joined the one in Leeds and the one in Leeds didn’t last long. It’s like... to me, it’s sort of picking Leeds cos there’s all sorts of things not just in the gay scene but other things that Leeds tries to do. There’s never been a public fountain that’s ever worked properly in Leeds, there’s never, y’know [laughs]. That’s just one example and the group that was set up in Bradford asked if the Leeds befrienders would like to go join Bradford which I did, so for [fourteen/forty?] years I was on a helpline but that was something that had been set up by... by CHE.

‘Friend’ [the name] was not quite a good idea. Some people thought it was the Quakers, the religious Society of Friends, and very few and others would ring up... ‘You’re a friend, I’m a friend, I want another man tonight!’ [Laughs] And you got that sort of thing and there were also people who felt, in the early days, had to put on a bluffed voice... [puts on voice] ‘Well then, tell us where all the puffs and lezzas go for a night out.’ And you thought at first, ‘oh they’re there to cause trouble.’ But they weren’t but they had to sort of put on a macho sort of voice [laughs] rather than just to say, ‘I like men, where do I go to a pub to meet other ones like it?’ And I think... that’s a sign of the times, what it was like forty years ago.
Go to the full story
1970s Bradford CHE Gay Leeds Support 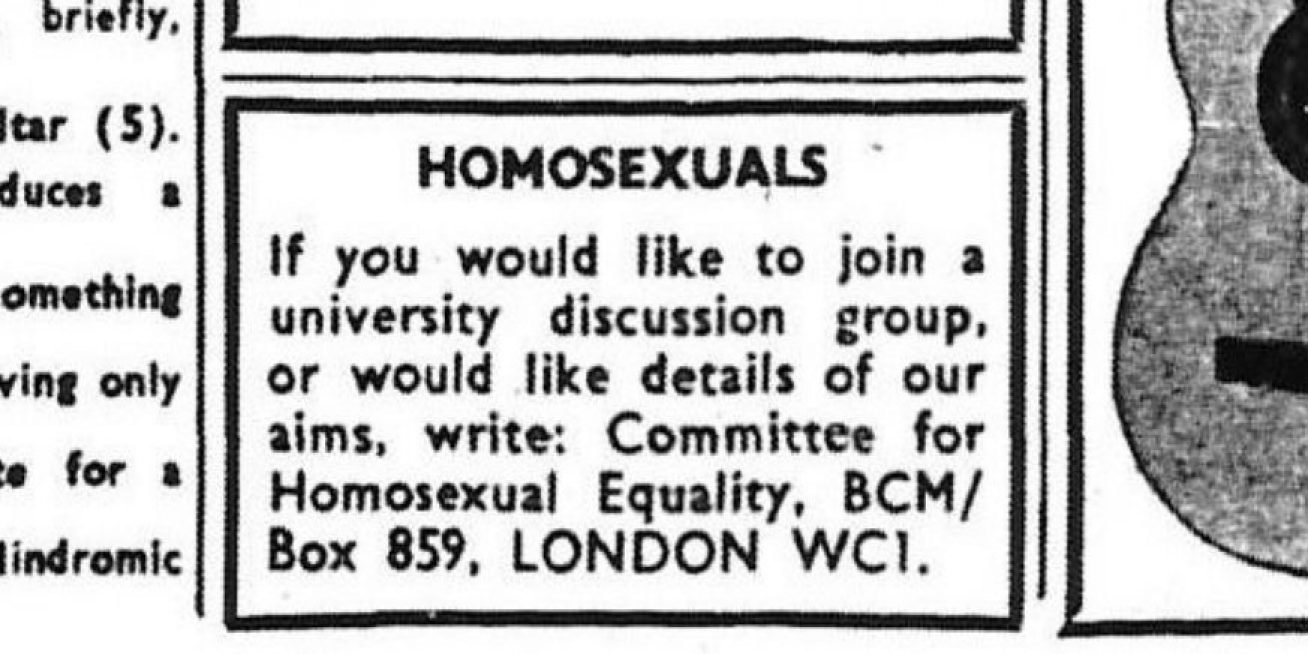