Three former members of the AIDS awareness activist group, ACT UP Leeds, look through a collection of old badges and reminisce about popular slogans and chants from the early 1990s.

For more about the activities of ACT UP Leeds, watch the short videos:

INTERVIEWER: I notice you brought some badges with you. Would you describe a couple of those for us?

GILL: This is, yeah, well, a collection of ACT UP badges from, actually around the world. So, ACT UP – we used the same sort of graphic style that ACT UP New York had developed, I can’t remember what they were called, was it Grand Fury? The design collective that did ACT UP visuals, y’know, really, really –

GILL: Yeah, great graphic images and y’know the logo for ACT UP was this lovely, neat logo that was black – yeah, so the ACT UP logo’s sort of, yeah, these very clear capital letters, black on white, but then for each of the local ACT UP groups, you would have below that, y’know ‘ACT UP Leeds’, below that reversed, so it would be white on black, so it always looked really good, so…

MICK: And then you’ve got the classic slogan, and as Jude at the very first of the interview says, you can’t say ACT UP without going…

MICK: We had a lot of call and responses, didn’t we, there was: ‘ACT UUUUUUP!’

MICK: ‘People with AIDS, under attack, what do we do?’

MICK: So ‘ACT UP Fight Back’, those are good ones, and then these three pink ones are Leeds ones that we did –

MICK: I love ’em! They come from a punk sensibility, which I think is another link, because I think we were all Post-Punk-ish –

MICK: So these are pink ones that are very small, like, if you’re of that age you remember those stiff badges, so ‘Fuck safe, ACT UP’, ‘Dance Proud, ACT UP’, ‘Shoot Clean, ACT UP’ and we had t-shirts with ‘Fuck Safe, Dance Proud, Shoot Clean’ didn’t we, which was quite a wild one to wear at work occasionally [laughter].

JUDE: I remember we got these, we got the ACT UP Leeds put on a t-shirt and again we were poor we didn’t have any money for the t-shirts, so we managed to find a t-shirt company who would print them really, really cheaply and when they arrived they were all absolutely massive, weren’t they, they were just like… and that’s my sort of memory of so many demonstrations –

MICK: I wish I had an ACT UP Leeds t-shirt.

JUDE: – all these t-shirts down to our knees.

GILL: I think they fell apart.

MICK: They did fell apart. I think even eventually they became bed t-shirts, and then they’ve eventually gone from that. I mean, we have specifics like ‘Say It, Women Get AIDS’, of course the whole AIDS and women thing was a big campaigning area.

MICK: ‘Women don’t get AIDS, they just die of it’.

JUDE: ‘They just die of it’, which was about the CDC [Centers for Disease Control] campaign.

MICK: That was another one, that was American: ‘Earn your attitude’.

GILL: That’s a good phrase one, that phrase, ‘Earn your attitude’.

MICK: And that was particularly, y’know, for those people who were just on the edges, who wouldn’t do enough work, it was – ‘Commit!’ [Laughter] Oh yeah, there’s another one here, isn’t there, it’s another American: ‘Turn fear, anger, grief into action’. So… what’s this hairy one?

JUDE: I didn’t like those as much. That was from Norwich, ACT UP Norwich, yeah. I think that was the thing that was really important, it was the belief that direct action in the liberation of peoples works. That’s what we know, when you look back over movements, that’s what works, and so that was one of the things that brought me so easily to it.
Go to the full story
1990s ACT UP Activism AIDS & HIV Leeds Politics 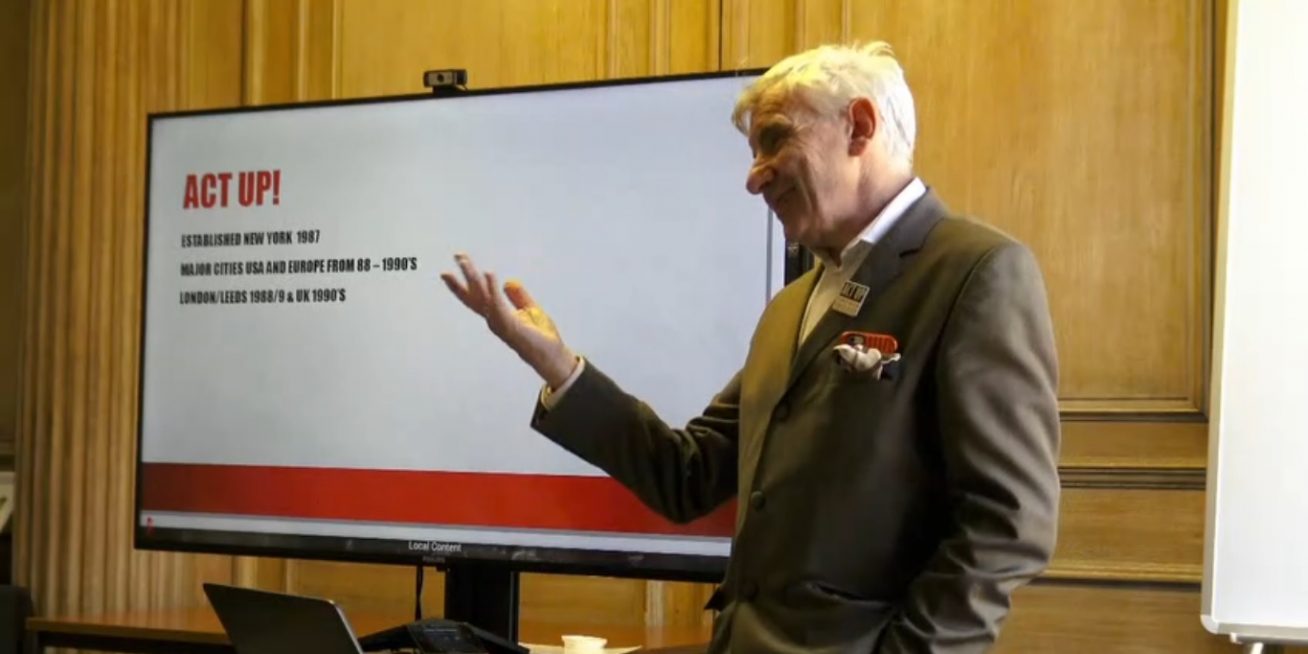 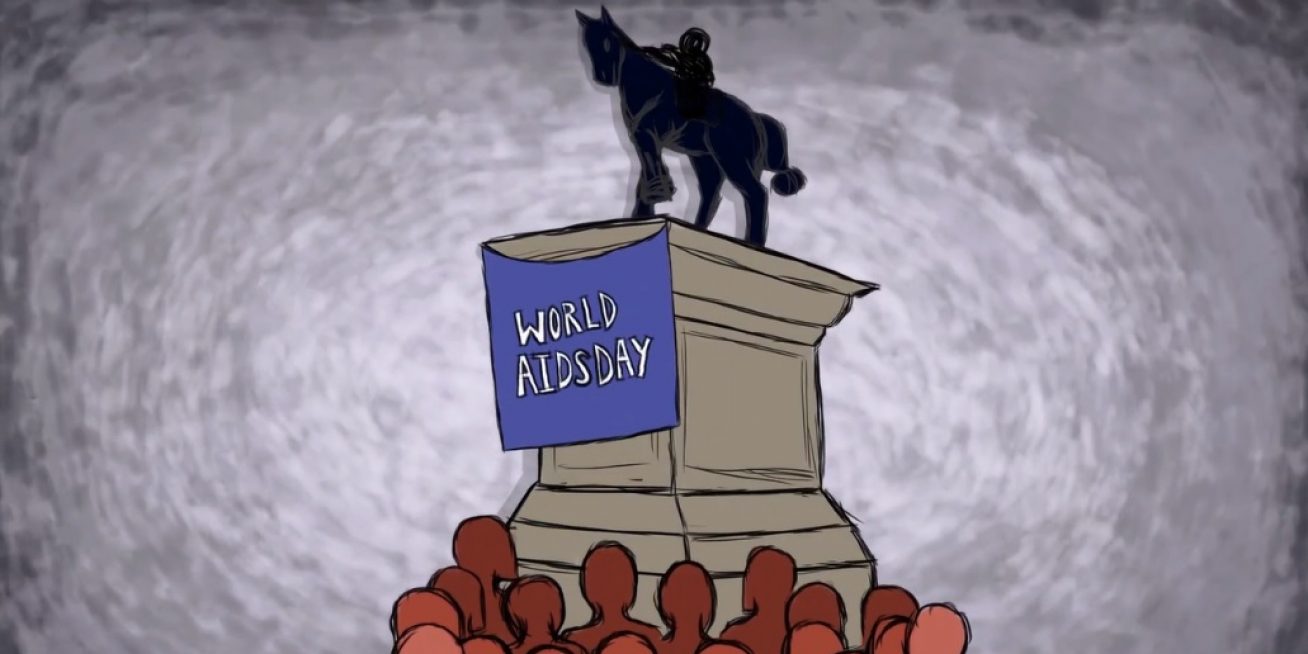