Jo remembers the lesbian dress code of dungarees, Doc Martens and short hair, and she talks of finding role models in US lesbian poets.

JD: Well I had curly hair then which I quite liked having curly hair. I still got curly hair a bit but it was very curly when I was younger. So I didn't, I never had a crop, a crew cut, but like lots of women liked a Sinead O'Connor haircut, but I never did that. But I did have a pair of dungarees for at least two or three years. I had a obligatory pair of Doc Marten boots which used to go to the Army and Navy Store? Anyway Army and Navy Stores were all the rage and there was a massive one in Liverpool. So I got me, me oxblood D.M.s [laughs] God Almighty! Yea, rainbow laces you know it was a bit of a bad luck actually when I think back on it. [laughs] But yeah, dungarees were definitely a big part of it. And I had a pair of red jeans which I was mad about for a year or two as well. I wouldn't mind another pair of red jeans actually.

But yea I did get street hassle.

JD: Um … I mean it wasn't just me, a lot of people did. But I, you know I couldn't really pass as heterosexual, I never, I never felt like I could. Er… a lot of people, you know, the kids at school sort of, I think they knew I was gay… maybe, but people on the street I suppose because of what other feminists were doing… and yeah I did get, I did get some abuse on the street. I got stones thrown at me at least once or twice… um… I remember some guy just, he was, I was going one way down the pavement he was going the other way and he just slapped me in the face – when he got to, when we passed each other. Just, I mean, I didn't know him. He was just, I think that was er what you call it, homophobia um anti-gay vibe which you know… Things are better than that now actually. [laughs] I haven't been slapped in the face for ages! [both laugh]

INTERVIEWER: Wow! So what, what sort of names would you get called? Because I know you introduce yourself [unclear, overlapping sound] as a lezzy but you like "dyke".

JD: I don't think there was… well I suppose there's always been you know a lot of slang names for it, but yeah, "lezzy", "dyke"… "lezzy" I think was the main one. "Butch dyke", all that crap.

INTERVIEWER: But you're happy to use the word "dyke" to describe yourself, so how… ?

INTERVIEWER: So how did you come round from that being something that was thrown at you as abuse but now you're actually happy to say that [unclear, overlapping sound]

JD: Even before I was abused as a dyke, I, I liked that word because er I told you I used to write poetry. I used to read a lot of poetry and, um, my first girlfriend was a big reader. She introduced me to lesbian feminist poetry. It wasn't so much British poetry that I knew of then but there was a lot of American stuff, writers like Audre Lorde and er Judy Grahn. And Judy Grahn wrote an amazing poem called "Edward the Dyke" which was one of the first, it was more like a story than a poem. [laughs slightly] God I don't know if I've still got the book. "The Work of a Common Woman" or "Poems of a Common Woman" something like that. The book was called and yea, the first poem in it was called "Edward the Dyke" and it was about a lesbian called Edward. [laughs] And it was totally surreal it just blew my mind. But… [hesitation] you know she… [hesitation] she… that poet would probably be twenty years older than me, maybe. I don't know exactly… but… as well as it being a… it was a role model, there was somebody, there were people, there were women, out there, lesbians out there who were in print. And, you know, that was a huge inspiration. 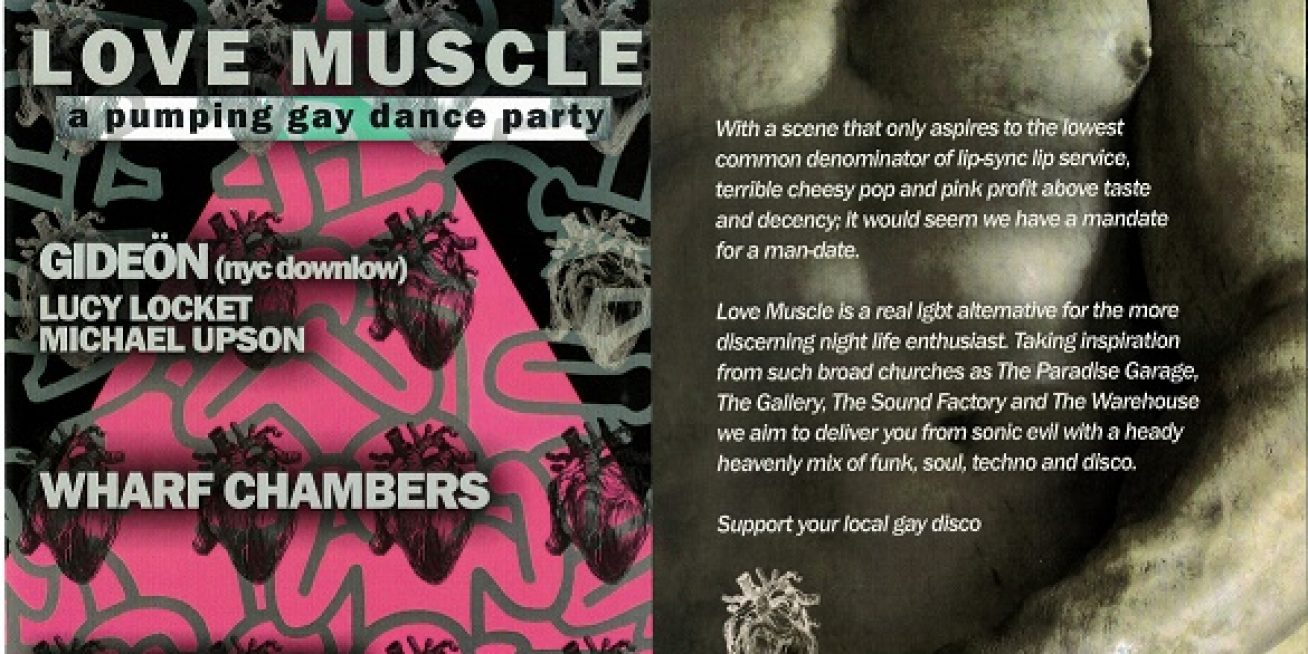