"It doesn’t take much for bigots to feel threatened"
Project volunteer GILL CRAWSHAW tells a story of homophobia at a Leeds college in the 1980s, which she learned about while interviewing one of our participants...
Share this story...

Clive covered several fascinating subjects when I interviewed him for WYQS. One of these was a riveting tale of activism and perseverance. I was full of admiration for the determination that Clive and his colleague drew on to establish a society for lesbian, gay and bisexual students – a GaySoc – at Leeds College of Music in 1986. What was astounding was the fact that this turned into such a long, drawn-out battle.

Clive had been studying at the college for two or three years when another student approached him, as she was experiencing homophobia there. They decided to set up a society in the face of this, so lesbian, gay and bisexual students could support each other and challenge homophobia.

From the start they faced opposition, as posters advertising the society kept being removed. It turned out that the director of the college was behind this. He went on to make it plain that he would not allow the society to meet, and he went to great lengths to prevent it from happening.

I was struck by the director’s heavy-handed response to quite a modest aim: for lesbian, gay and bisexual students to be able to get together. As Clive suggests, it was likely that Section 28 informed his actions, even though that was not explicitly mentioned. And it doesn’t take much for bigots to feel threatened and for homophobia to be exposed.

This campaign lasted for 15 months, so the tenacity and strength of purpose that Clive and his colleague showed was awe-inspiring. Hardly anyone at the college supported them. Support came from outside, from other students’ unions, particularly Leeds University Union, local councillors and others. The director, however, dug his heels in. Even a visit from Ian McKellen, who spoke at a public meeting, couldn’t get him to budge! 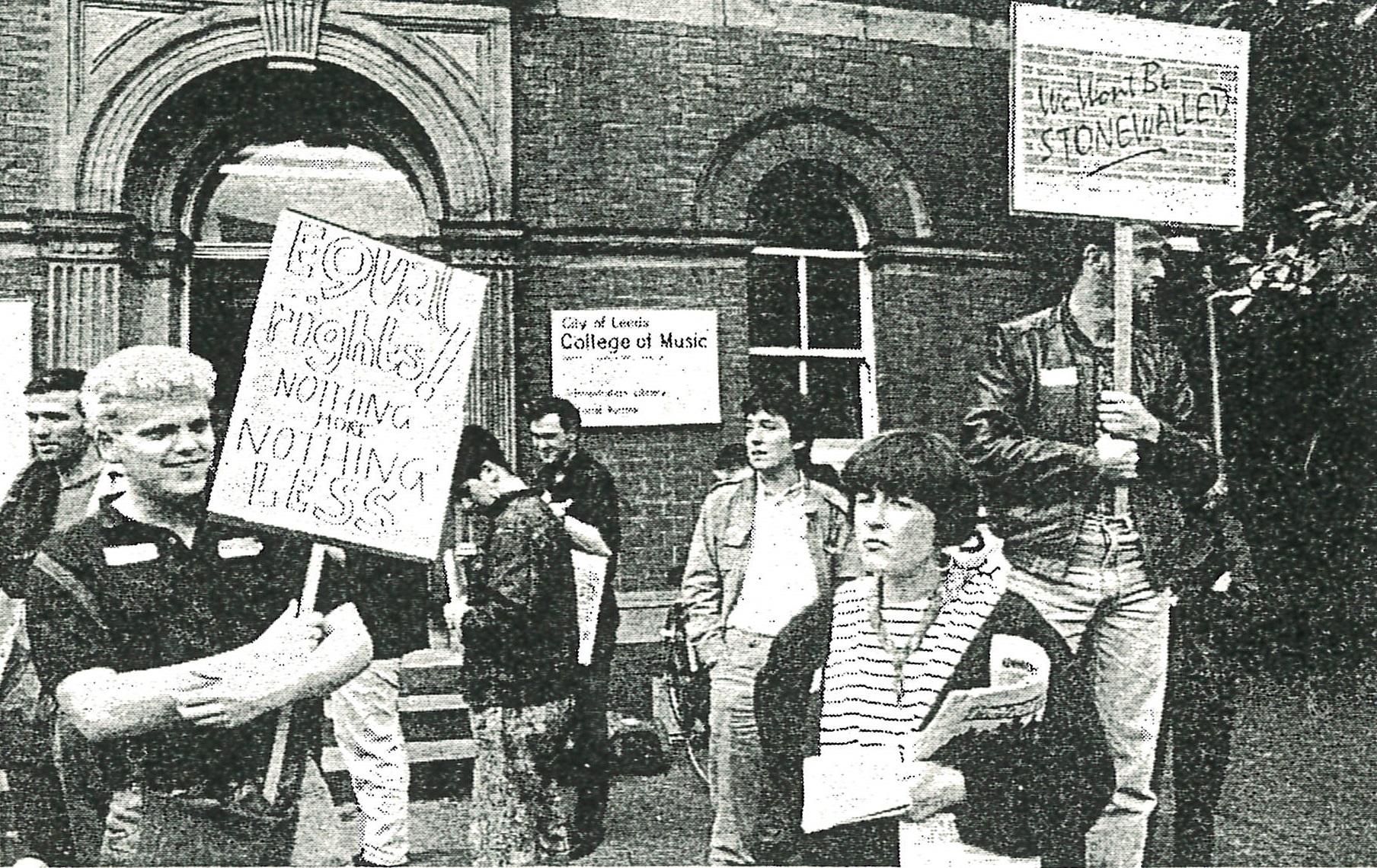 Eventually, an ultimatum from Leeds City Council forced the director to relent, and this well-run campaign ended in victory for the students. Despite this, the victory felt like an anti-climax. Clive was exhausted. The student who had first approached him had been ground down and left college early. There were lingering questions too, about how supportive or interested the rest of the community, apart from student organisations, had been.

Nonetheless, this was a victory which paved the way for fairer treatment of LGBT students at Leeds College of Music and other educational establishments. Clive should feel proud of this fantastic achievement. Now this story can inspire others, saved for posterity by WYQS.

You can listen to this story in Clive’s own words in: The campaign for a GaySoc at Leeds College of Music.