Vanessa, her mum and 'Empire'

Vanessa remembers how TV show 'Empire' helped her have a conversation with her mum about her bisexuality and how it changed their relationship.

But yeah, my relationship with my mum changed. So we had... It was almost like, you know, two people rubbing the wrong way against each other all the time, which we'd had anyway because we had different views on things. Like I said, my mum was quite homophobic and she was quite... she had very traditional roles for people, like, women had to do this and men had to do that. And I think she was just fighting her own demons when I look back at it, really, and fighting against her own upbringing. Because I don't think she actually believed any of that. She was just... That was just her comfort zone for her in some weird way.

So then the conversation I had with her, where I talked about family, and sort of raising my own family and, you know, that that's a possibility that that's going to happen with a woman, because I was dating a woman at the time. And she was... You know, this [laughs] this randomly, weirdly came because of Empire... You know, the TV series Empire? So Empire actually really helped me to have a conversation with my mum about my sexuality because, on Empire there's a gay son, and the gay son's father... The father's mistreating him because of... he's gay. And this just kind of like... He really gives him a hard time. And that's because of that. And my mum - we were watching it and she was just like 'I don't understand why he's giving them such a hard time. He's... just 'cause he's gay doesn't matter.'

And I was in shock! I was sat across with my mum and my jaw was on the floor. I was like, are you actually kidding? It made me rage! I got rage. I got a rage from it! 'Cause it was like, 'This is like strangers. It's not even like real people and they're on a TV show! And you're all... You can connect with that, but you can't connect with me and I'm your daughter. Like what is going on here? So I kind of I kind of used the opportunity then to sort of bring this up. It did turn into a massive argument and then we calmed down and we had a chat and... Part of the argument was, well: 'He was always obviously gay to his dad, like,' because it showed flashbacks from when he's a kid in a dress and, like, with shoes on, like his mum's shoes on and things like that. She says, 'You didn't show any signs of this. I didn't know. It just all happened all of a sudden!

I was like, whoa! OK. So that's where this came from. Now I can understand a bit, and I guess that she felt like, I don't know, she'd just been thrown into a war... a war zone. And it kind of just made more sense. And it's because of this bloody TV show that we were watching!

And so she kind of said to me, when we were talking about, like, family. And she kind of... I could see, I could see it in her eyes that she'd got it. She's just all of a sudden got it... That she needed to either understand that this was happening and... Maybe she's not happy about it but she needs to change her behaviour and language towards me so that we could, like, still be part... you know, be mother and daughter, and be able to have a relationship of some kind together. And she just said to me: 'You know this is really difficult for me and I'm trying.' She said, 'I'm trying.' And it just... That's all, that's all I needed for her - for her to say. 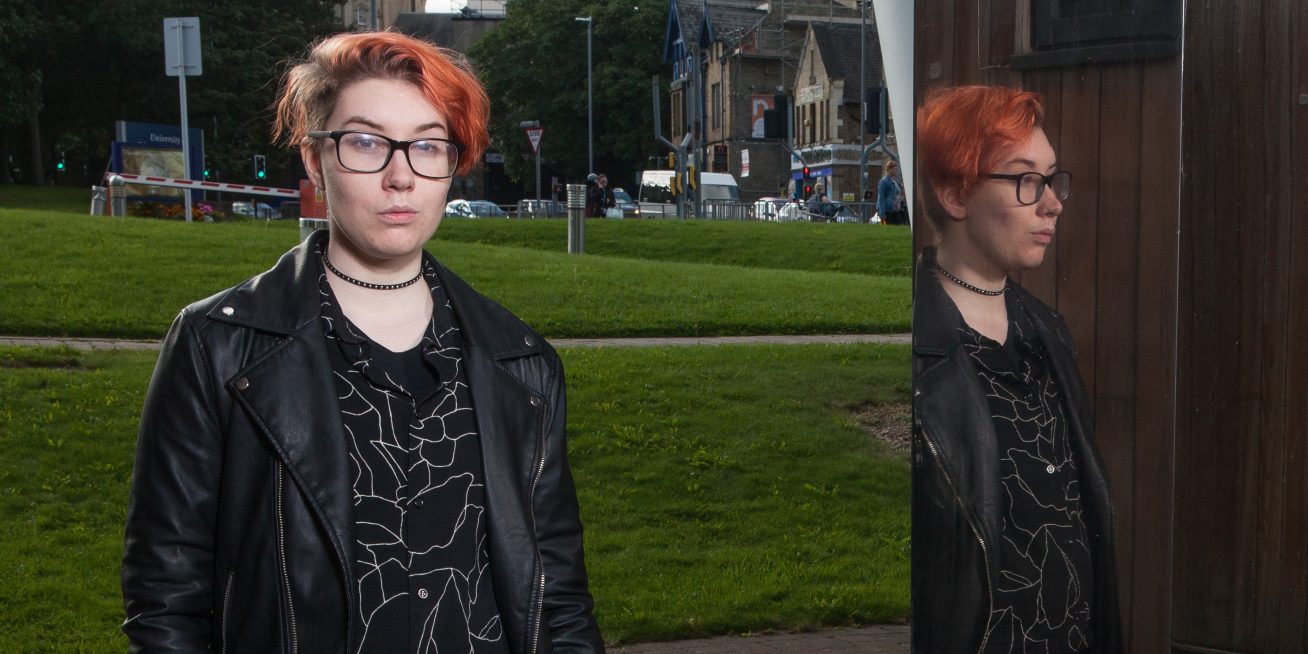